👉 Hey Kids! Want to win an iPad? Click here to learn how >

Hire an award-winning magician for your next fun-filled event! 🥳

Book Norden For My Child's Party! 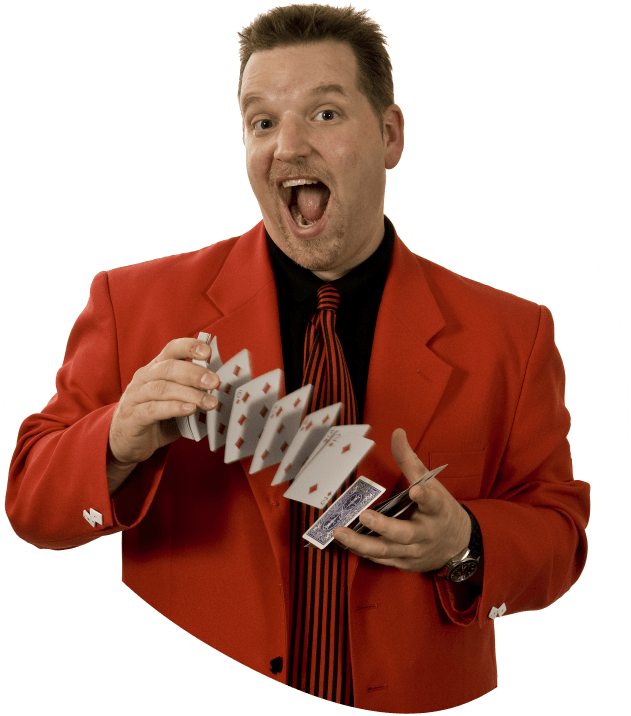 Many top companies choose Norden for their events 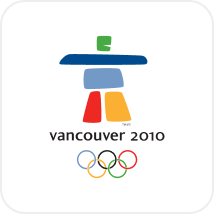 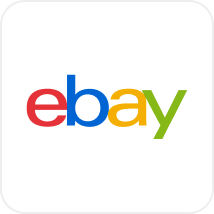 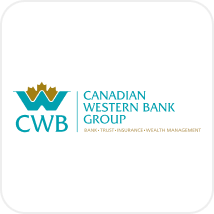 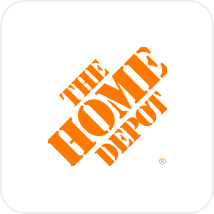 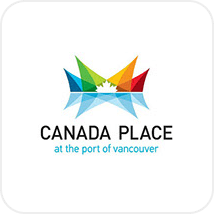 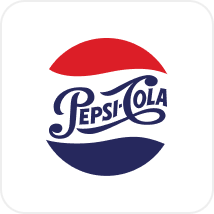 "You also have a fantastic comedic sense, and a very special way with little kids. I really appreciated that you managed to involve every single child present, including my very shy 6 year old."

“The children as well as adults were thoroughly impressed with your Magic Show! Thanks for keeping them so excited and entertained through the whole show!”

“I can't tell you enough how happy my wife and I were with the birthday party last week. My daughter, all of her friends and their parents are still talking about it.”

Check out Norden’s packages and pricing

We have a package that will fit just about every need and every budget. I understand that it's often difficult to pick and choose what is best for YOUR event. Feel free to browse these packages and if you have any questions, you can always contact me! 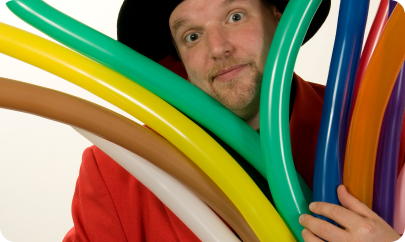 With over 5000 shows performed, Norden is a birthday party specialist! If you want your child's special day to be the BEST then hire the BEST and call Norden! 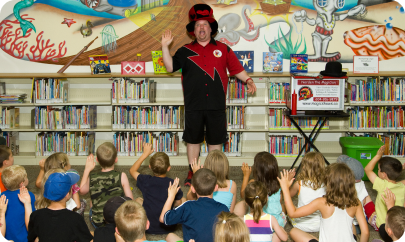 Want to sneak in some education and leaning while the kids have a blast? Then Norden is your answer! Libraries, schools, daycares and more - Norden does it all! 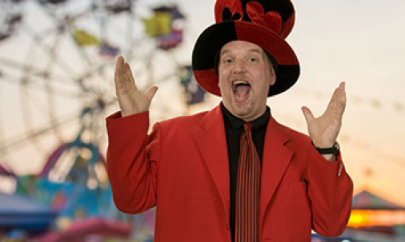 Norden's is one of BC"s top fair and festival performers! Booked year after year, he draws a large crowd to the events! From small events to massive ones - call Norden! 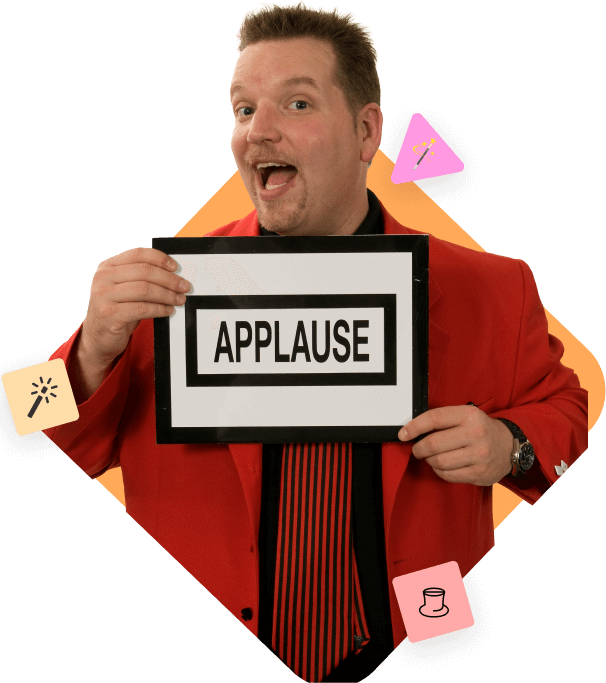 Norden the Magician is the answer you've been looking for!

Norden was born and raised in North Vancouver, BC. When he was 19 he moved to Surrey for a few years, but ended up in Burnaby in 1999. There he found the local magic shop, as well as the one in Vancouver – and his love for the art began. After moving to Maple Ridge where they lived for 7 years, he and his wife relocated to her home town of Mission – where they reside today, but Norden still performs all over the Lower Mainland and Fraser Valley area! He has toured the entire province and has performed in over 200 towns, cities and districts across BC!

Now after over 20 years of performing, Norden is known as one of the TOP children's magicians in the entire country. He is the only Canadian magician in history to win the top award for Children's Magic for 15 years now! His humor filled show and his wacky behaviour delights children and adults of all ages. If you want your guests scratching their head in wonder and laughing so hard their sides hurt 🤣 – then Norden is your answer!

He is the PREMIER kid's magician for BC (because here in Canada we have Premiers - not Kings 😀) With over 5000 performances under his belt, along with hundreds of testimonials and 5 star reviews, we have a show that's perfect for you. Give him a call – you will be glad you did!

Listen to these raving fans! 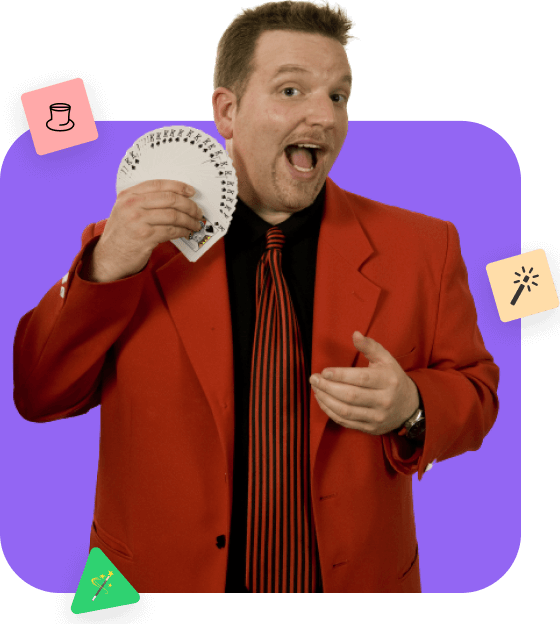 How long does it take you to set up?

Norden will show up 15 minutes prior to the start of the show to set up props and equipment. If possible, it would work best if the children are in another room, or are distracted, while the set up happens, so they do not see how some of the tricks work.

Will the entertainer need reserved parking?

If parking is an issue on your street, reserving parking will be very helpful. If your event is at a crowded park, moving a parked car will allow your performer to park close by. It is customary to reimburse your performer for any parking fees associated with your event.

How much space do you need to perform?

Norden can usually make due with any room, but prefers to have a wall to his back (please no mirrors behind him!) and the children can sit on the floor in a semi-circle in front.  An area around 5 feet in diameter, in a living or family room, in front of a wall, window, the fireplace or TV is ideal.

If at all possible - we would prefer to have the party indoors. However, if it must be outside then please plan ahead. If it’s a hot day, children may be less receptive to physical activity, so the performer may have to adjust accordingly. Also, some costumes are particularly warm, and any shade will be very helpful to the performer. Conversely, some costumes provide very little insulation, so try to provide warmth for your performer on cold days if possible. If it’s rainy, have a contingency plan (eg. an indoor location or renting a tent with heaters). If your are having an indoor party, try your best to arrange furniture to maximize space.

When should we have you perform at the party?

This is a very popular question - nd is very subjective based on the event. The start, middle or the end? We find the ideal time to perform is after food and games but before cake and presents. This way is if any kids need to arrive late or leave early, they will not miss the show.

Will other party activities affect the entertainment?

Possibly. If the performer has to compete with a lot of background noise (including adults talking in the background, music, moon bounce blower, etc.), it will be more difficult to entertain the children. Other distractions to avoid may include serving food in the middle of a performance (please don't!), party favor horns / blowers, toy guns and other toys. Limiting other noises or having a performing area away from these distractions can be very helpful. Also, if the parents watch the entertainment, the children will be more likely to pay attention.

What do you do if a child gets too excited and out of hand?

When Norden introduces himself to the children he gives a fun little speech on how they are to behave during the show.  It is not forceful and this works 99% of the time. However, there can be a few children that can get out of hand. It is not proper for the magician to discipline the children, so please have the host or a parent take the child aside and explain that their behaviour is interrupting the show. This rarely happens but we do like to point this out.

Can all the adults watch too?

Yes please! We encourage the adults to watch and participate! If the child is under the age of 4 you can sit with them on the floor. If they are older, then the children might participate and be more vocal if they know their parents aren't sitting next to them. We would prefer all the kids to sit on the floor and that leaves the sofas and chairs for the adults to relax in. Please ensure there are at least two adults chaperoning during the show.

Will the performer accommodate special requests?

Our performers will make every effort to accommodate your requests (eg. pictures, etc). We do recommend that you allow the performer as much latitude as possible in determining what will work best for your party. If you have any special requests, please let the entertainer know towards the beginning of their performance so that they can manage the time accordingly.

Do you have live animals in your act?

We do not perform with live animals. With the abundance of allergies around we find this an uneasy situation. Also the cost of raising a rabbit or bird for a show would then have to be reflected in higher performance costs. Instead of live animals, Norden performs with puppets - like Q-Tip the bunny rabbit!. They also do not produce a mess and they listen to instructions. Well, Q-Tip doesn't but Norden is working on that. An added note - if YOU have animals (mainly dogs) please ensure all pets are kept out of the performing area. They can disrupt the show and compete for attention - hey, everyone loves a cute puppy!

Once you have booked your time and date for a party you have entered into a verbal contract. If you cancel your party you are subject to the following

What form of payment do you accept?

We prefer payment in the form of cash, but also take cheques, e-transfers, and Visa and MC at point of sale with Square or Paypal.

Do I need to pay a deposit?

Yes, a deposit of $100 for birthday parties is required to hold your date.
‍
If booking for a fair, festival, corporate function, multiple parties, or Christmas and Holiday Events, then a deposit of 50% is required. The deposit is refundable up to 15 days prior to the date booked.

Gratuities are always optional. However, if you would like to tip your performer, they are always appreciated :) 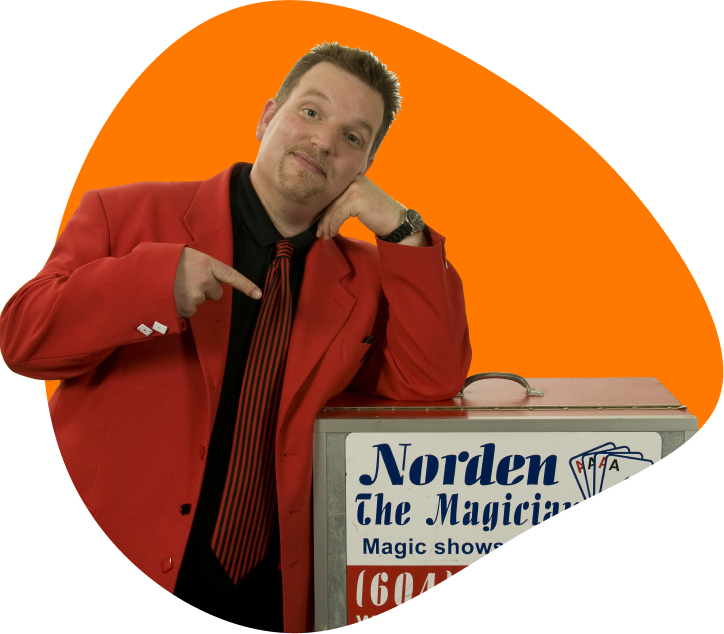 Please allow up to 24 hours for a personal reply from Norden.

Thank you! Your submission has been received!
Oops! Something went wrong while submitting the form.

NORDEN IS A 15 X WINNER OF THE CHILDREN’S MAGICIAN OF THE YEAR!
(604) 916-9879
secret magic vault
Interested in more fun party entertainment ideas? Click to learn about our foam parties!
Website Design by Fernando SEO